Each creation produced by the House of Harry Winston bears the unique touch of its founder whose ability to transform natural materials into objects of everlasting beauty is legendary. When timepieces were introduced in 1989, the same principles were applied and the Premier Collection was born as the legacy of our the founder. Architectural details of the façade of the Fifth Avenue Flagship Boutique were replicated on the case and the dial was presented as a blank canvas for the jewelers and artists to exercise their creativity.

The exquisite pattern cut into the superior-grade white mother-of-pearl disc is inspired by nature, hinting at floral and sun ray motifs that emanate from the centre of the dial. The undulating pattern of the lacework is then superimposed on another layer of coloured mother-of-pearl. The tonalities of the sub-layer disc are revealed through the lacy reticule creating a glorious play of contrasts and depth. The mesmerising effect produced as the light picks out the iridescent beauty of the jewel.

To further illuminate the fascinating dial, brilliant-cut diamonds have been set on the bezel and lugs and an inverted diamond sits regally in the crown.

This beautiful timepiece is powered by an equally impressive movement. Fitted with the HW2008 automatic movement equipped with a flat silicon balance spring ensuring unfailing performance. Through the sapphire crystal case back, we get a peek at the circular Côtes de Genève decorated movement and rhodium plating.

Presented on an alligator strap with an ardillon buckle sparkling with 17 brilliant-cut diamonds. Variation s available are a blue and a burgundy model equally stunning mother-of-pearl lacework. Each and every model of this collection can be considered unique due to the natural materials used as Mother Nature never makes two shells identical to one another.

Further information on teh Premier Collection range can be found on: www.harrywinston.com

Heading for Heights with Hamilton 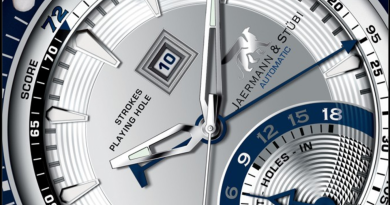 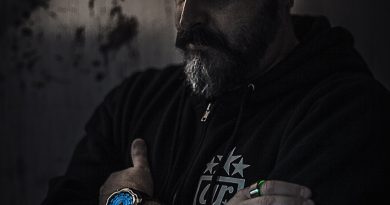